ContentID felt that a recording that I had made, using my own voice, and in my own studio, matched Penguin Random House’s audiobook.

Penguin Random House has released their copyright claim. I’m genuinely pleased and surprised the system worked in a fair and correct manner. Thank you, Penguin Random House, for dealing with this matter with both fairness and alacrity.

As part of my constant and never-ending improvement, I recorded the audiobook “The Call of the Wild”. This book was originally published in 1903 and recently it became a “Public Domain” work. I wanted to refine both my performative skills and also my technical workflow, and since there is no better teacher than “doing” I dove into this audiobook project.

I deliberately chose a Public Domain text, in the hopes of avoiding any issues with copyright. What I did not count on was the possibility that by the end of the project, my production would be so good that it would be incorrectly flagged by YouTube’s ContentID system. ContentID felt that a recording that I had made, using my own voice, and in my own studio, matched Penguin Random House’s audiobook.

To be clear: the ContentID flagged about nine minutes (from 9:31 to 18:38) of my recording as a match to Penguin Random House’s audiobook.

This is both gratifying and frustrating.

Gratifying because it means by the end of this project, my production, from performance to sound quality, was good enough to fool the ContentID system into thinking it was actually a professional production from a best-in-class producer.

Frustrating because it means that now I have to wait up to 30 days for Penguin Random House to respond to my dispute. And yes, I did dispute it! This is my recording of a Public Domain work, therefore this is my copyright, not theirs.

But this will be quickly resolved via the YT dispute process, right?

You see, at this point in the process, YT is not even involved. They simply forward my dispute to claimant (Penguin Random House) and wait up to 30 days for their reply. So no matter what, it probably won’t be quick. If there is no response from claimant in 30 days, then I am the presumptive winner of the dispute and the block will be removed from this video.

If Penguin Random House decides — wrongly — that somehow my recording of a Public Domain novel violates their audiobook production’s copyright, they will simply respond (within 30 days) “No, we disagree with your dispute”. If that happens, YT will accept their answer as correct, and my recording will remain unpublished on YouTube. My word against theirs, and they will always be assumed to be correct in that situation.

If that happens, the only recourse for me is legal action — in other words, there is, realistically, nothing I can do in that case. I’m not going to hire a $600/hour Intellectual Property lawyer to fight Penguin Random House’s inhouse legal counsel over my audiobook recording of a Public Domain novel. Sure, I’m on the legally correct side of this, but the system is broken. And not just at YouTube: copyright as a whole is in need of improvement, globally. See Tom Scott’s deep dive on the broken copyright system, of which YouTube is only one part of a larger, broken whole.

Pay special attention from 9:31 to 18:38, because that portion, in particular, is claimed by ContentID to match the production from the big boys at Penquin Random House. I would like to provide an A-B comparison between my recording and PRH’s, but (a) I don’t have a copy of the PRH recording; and (b) although publishing that portion may be “Fair Use” or “Fair Dealing”, I don’t need to add any more erroneous copyright headaches caused by an over zealous and biased copyright system.

If you want to hear the first six chapters, you can watch/listen to my “The Call of the Wild” playlist on YouTube. 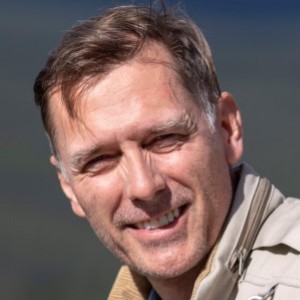 Peter is a professional VO talent with over 25 years of experience in IT, mechanical engineering, industrial automation, management, commercial acting, and modelling. His VO journey began almost 20 years ago, when he worked with a national broadcast service. Later, his repertoire expanded to include numerous VO projects for corporate training and explainer videos. Peter's natural vocal skills and passion for VO fuses with his technical background and management experience. The results are "Creative, Clear, Competent". Recording On The Road

What do you do if you have to make a recording while away from your pristine home studio, your condenser mic, your recording device, and Getting Started in VO? Start With Product Quality

Before you start spending your precious business capital on mics, pre-amps, audio interfaces, computers, DAW software, or DAW plug-ins, spend your even more precious time working on your recording booth/environment. The Call of the Wild – Complete Audiobook PrevPreviousGetting Started in VO? Start With Product Quality
NextRecording On The RoadNext